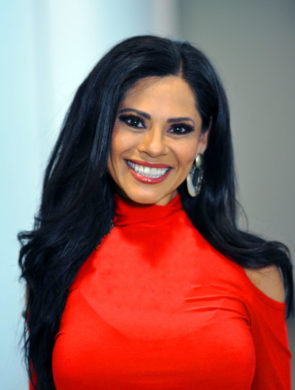 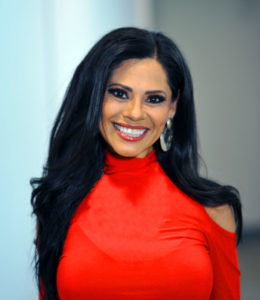 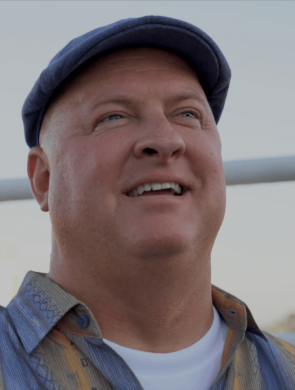 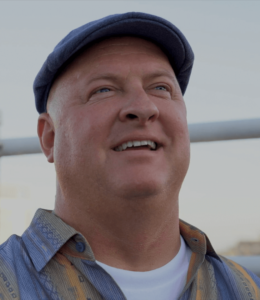 We would never have enough of these true life triumphs of the spirit stories: I met Michael Warkentin on the evening of July 1st, 2019.

I was on my way home, returning from a photoshoot. The photographer, who was driving us back, asked me if I would mind stopping briefly to say hi to a friend of his. I had just met this photographer and was not comfortable with his request. He insisted. He said it would only take 10 minutes and that the man he was meeting was an inspiring person.

We arrived at Michael’s beautiful 1920’s Long Beach building’s 11th floor Penthouse. Waiting for us at the door, was this Mr. Clean look alike man, with the sweetest blue eyes I had seen in a long time. Michael is a financial advisor. They discussed the possibility of the photographer becoming his client. At the end of their visit, Michael shared with us that he was leaving soon for a trip to Europe. His company has an annual conference in a different location around the world, and Michael always explores the surrounding areas while attending. This time he decided to take a Mediterranean cruise during the days prior to the conference. The photographer said “I wish someone would film your vacation.”

Michael confided that many people had suggested making the story of his life. That night, as I went back home, an immense feeling of gratitude stay with me all night…Living in a place surrounded by such inspiring people, so many who despite great challenges, still created a beautiful life, they all crossed unspeakable storms with flying colors and not only adapted but reinvented a super hero version of themselves;

I have worked in many films with such highly accomplished people as Nicolas Cage, Bruce Willis, and many more. I am currently playing a pivotal supporting role in the Amazon Prime TV Series “My American Family” starring the most inspiring of all, Mr. Danny Trejo. Although with such a long way to go before achieving the level of success I yearn, meeting Michael has been reassuring and incredibly encouraging for me; throughout my 15 years living in Los Angeles, like most actors, I too had to endure tremendous struggles, before becoming a working actress.

I was born and raised in Ensenada, México, in a lower middle class family. Through schooling and multiple jobs, my dream of becoming a film actress in Mexico finally came true. Moving to the Mecca of cinema, Hollywood was the next step. but Learning the new language and culture was not the only obstacle to my crossover: I too experienced the feelings of not belonging and separation for many years. With no relatives close by, I had to endured loss, divorce, and so on. All these amid many jobs with flexible schedule that would allow me to attend auditions for acting roles. I now know that the biggest obstacles were only in my mind; I am still working on developing an upgraded mindset, being extremely vigilant of what I allow in my mind, the music I listen to, the people who surrounds me, the inner voices implanted since early childhood. In order to overthrow my own walls, I had to focus on my peace and growth and being of service to others. It was clear to me that Michael was a perfect example of mastering all of that and much more!

The next morning after meeting Michael, a strong conviction woke me up: “I must film Michael’s story!”

We met that night and I asked him about his plans for the following five to ten years. He said he wasn’t sure, as he was content with his current life, but always open to new adventures. I explained to him that doing this film would have an immense impact not only on people that had just experience a tragedy, and were going through the six phases of recovery we all experience, but also on everyone at large! Everyone who is willing to learn how to really make the most of their life. The world needs to know his philosophy, and the way he continually keeps himself happy and productive despite the challenges he must overcome daily. After planning with Michael for a week and explaining the business of show business, I had ten days to put together a small crew, prepare as much as possible, learn about the best equipment to buy or rent… Within 17 days of meeting this man, I found myself embarking on a Mediterranean Cruise that would take us to Spain, Italy, France, and London. With only a skeleton crew and Michael’s two nurses, we set sail to witness firsthand how Michael experiences life. Those 19 days in Europe were fast and intense. There were 14 to 17 hours a day of gathering pieces of a fascinating puzzle where Gaudi’s architecture, breath taking Sixteenth Chapel and Vatican, witnessed me exploring Michael’s mind. Historical Florence heat almost takes our hero to the hospital and by the time we were enjoying The Louvre and Opera Garnier building in Paris, I had learned about Michael’s ability to find the win-win in every situation…

Observing the dynamics of the relationships Michael has with the people that work for him, his friends or any person with whom he interacts, is an enriching experience. Everybody seems to respect Michael. They love him and listen to him, and it was obvious from the beginning that their admiration had nothing to do with him being in a wheelchair; Michael is simply a great human being. He does not see himself in a wheelchair. He adapted to his new life to the point of achieving fulfillment. We love him because he is more normal than many.

He is warm, friendly, respectful, and supportive, as any mentally healthy and smart individual would be. While Michael is admirably patient, it is true that he is a bit nicer than average at the times, but I saw him genuinely caring for people; asking the right questions to understand people’s deep soul’s desires, as a top financial advisor would do. Michael also explained to me that by being extra nice and patient to his staff, he was making sure they’d stay loyal and last long term at his service or his business. He explained that his life is literally in their hands, every morning and night when getting him in and out of bed or the shower. Here is a powerful man that takes care of so many people, and at the same time he is so vulnerable. This helped me understand why he lives everyday as if it was the last. This really touched me and made me feel honored to be the one that gets to tell his story. With Michael as a perfect testament of recovery, we are reminded that we all experience deep trauma at some point in our lives but it is possible to reinvent ourselves and impact in a positive manner the lives of others with our talents. In this documentary we will also learn how to approach any life’s challenges, and we show how we can stay at peak performance level, while enjoying life to the fullest.

Keep up with all of Magi’s work here.

Michael Warkentin grew up in a middle-class family. Michael’s father who became a self-taught aerospace engineer, thought Michael to think through and solve challenges. As a result, woodwork, electrical, plumbing projects, and auto mechanics all came easy to Michael.

Michael’s mother stayed home to raise him and his two sisters. She ruled her children with high standards of morality and clear expectations of behavior. Michael spent his days BMX bike riding, skateboarding, and running around with other children in a neighborhood of Long Beach, CA he became the leader of his pack. He enjoyed volleyball and Surfing quickly became one of his passions. Michael’s aunt Sunny, was another person who influenced his life. She was a successful real estate broker. She kept Michael busy on the weekends doing projects around her house, cleaning cars, painting, etc., all the while teaching Michael to work hard for his pay.

Later, Michael’s mother also became a real estate agent. Following in their footsteps Michael obtained his real estate license by age 18. He also took several trade school classes including electrical and plumbing principles. His plan, before the accident, was to open a property development company and work with his mother and aunt to buy, rehab and sell houses.

Michael has traveled to over 26 countries in a wheelchair. Now, this is not easy; Michael must plan for his unique needs at every stop. Transportation and hotel rooms that are accessible, with roll in showers, accessible toilets and beds that are high enough for him to transfer onto. Michael needs Vans with accessible wheelchair lifts, portable ramps, adaptive equipment, and personnel to assist him. All must be organized before departing to any trip. Challenges such as broken wheelchairs, electrical issues, and even personality conflicts between nurses and assistants must be overcome. Michael had to find a career that would fulfill his wishes and be suited for his talents and skills; one of Michael’s strongest assets, is the deep desire to enhance people’s lives.

Becoming a financial Advisor was an excellent choice. Now, at age 54, he has built a successful financial advisory practice where he helps well over 300 households reach their goals.